Arno Heesters has worked at MULTIFIX since 1991. He took over the role of CEO in May. I spoke to him about the acquisition of the company, his new role and the plans for the future. Curious? Keep reading.

MULTIFIX recently announced that it had been acquired by Navitas Capital. I can imagine that this inevitably involves some changes?

“Navitas Capital has come on board, but MULTIFIX remains MULTIFIX. Because of this investment company, we can accelerate our growth and other plans. The course that we have set as a company remains intact. And practically nothing will change at an organisational level either,’ says Arno Heesters, the MULTIFIX Group’s new CEO. ‘The entire management board has confirmed its commitment for the longer term, enabling us to safeguard the future for our employees. And this is essential because they’re our greatest asset. We’re extremely satisfied with them and the feeling is mutual. That much is clear from the employee satisfaction survey. We accomplish everything together as one, and that’s how we’ll continue building the future of the company.’

‘In fact, with our ambitions, we’ll only keep expanding our teams. Not exactly on a par with top-line growth, I might add. A digitalisation drive or acquisition can generate synergy. Perhaps some positions will be combined or we’ll increase in scale.’

You’re now in the role of CEO. Where does your focus lie?

‘I’ve always been involved in the commercial side of things. That’s my true passion too,’ Arno says with conviction. ‘Edwin van Diessen manages the entire supply chain. Jeroen Westerink is responsible for all business services. My focus is on accelerating growth. To my mind, this can be done in three ways: through organic growth, digitalisation or an acquisition. Arthur Burgmans, the former CEO, will remain involved and assume an advisory role. As a management board member, he will support us in digital developments and MULTIFIX’s expansion.’

‘The transition from CCO to CEO has actually been quite straightforward. I took over many of Arthur’s duties during the past year. The entry of Navitas Capital accelerated that process. They want one person at the helm of the organisation and a clear structure. Arthur ultimately decided to take a step back. But like me, he remains a shareholder. The other management board members have also acquired a share.’

That’s all clear, so what are your plans for the future?

Ambitious! Do you find that daunting?

‘Not really. The process preceding Navitas Capital’s entry was extremely enlightening for us. We have a highly satisfied group of employees and I expect the markets in which we operate to be future-proof. As sustainability, transport systems and healthcare continue to play a major role, we’re not so vulnerable. And because our largest customer accounts for 7 to 8% of our total turnover, we’re not overly dependent on one customer or industry.’

‘I’m really looking forward to this new step. We’re going to make something truly special together,’ Arno says, closing out the interview with a broad smile.

Given the fine and ambitious group of people that Arno Heesters has around him, I’m confident this will all come to fruition.

Do you have a question for Arno? 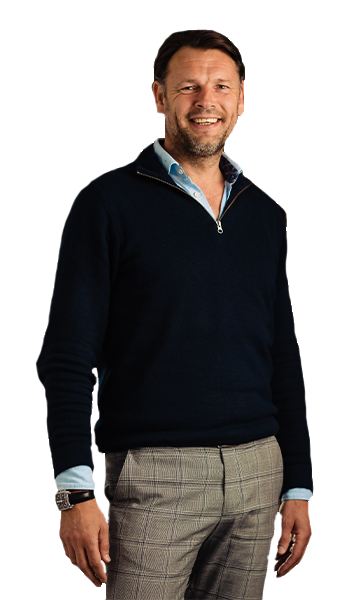